This permanent installation is the winning project presented in response to a public commission. It consists of a twofold intervention at Ensemble Poirel, a historic performance and exhibition space in Nancy. Both the backlit disks and the seating elements are designed using the DNA of the 19th century building as a starting point. The seating elements, made using the same material (ashlar) and technique as the building itself, become an architectural extension recalling the mouldings on the façade. The graphics of the disks, which echo the colours of the building, distort several architectural details via a system of computer-generated rotation. Thanks to photoelectric cells reacting to daylight the backlighting gradually increases in the evening, producing an eclipse-like effect on the facade. This subtle way of “disturbing” the façade helps us to rediscover this monument, which is very familiar to the people of Nancy. 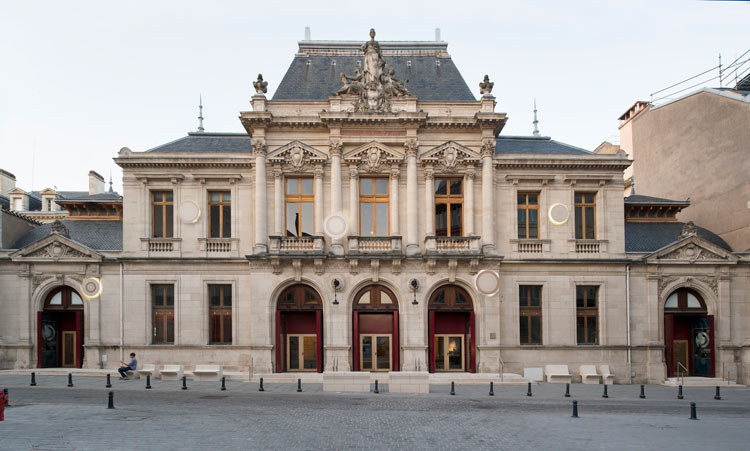 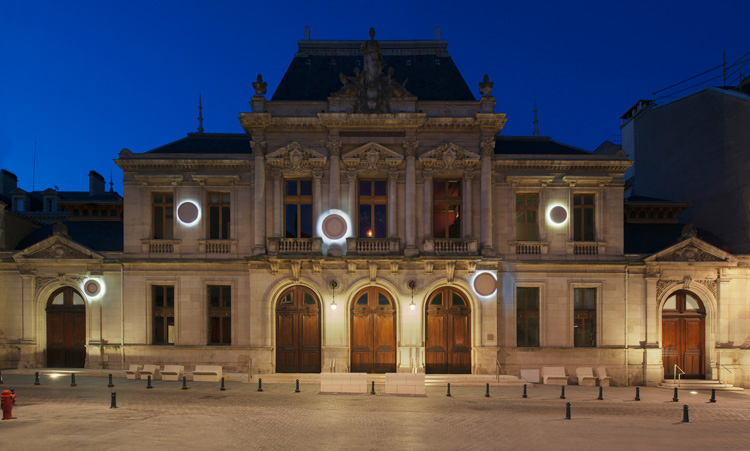 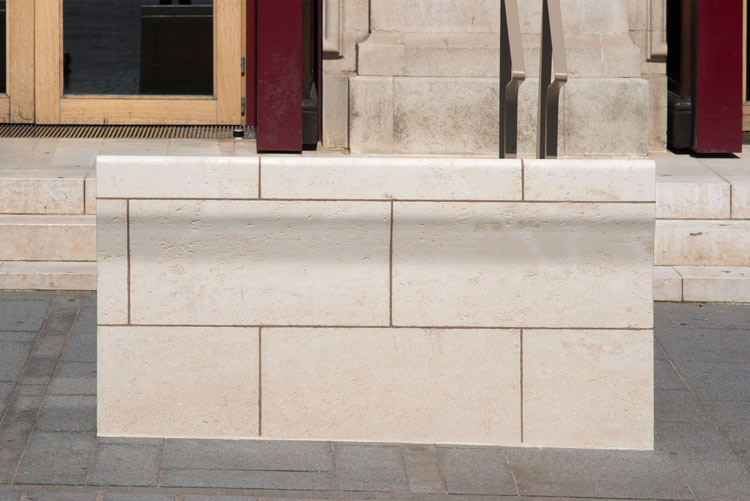 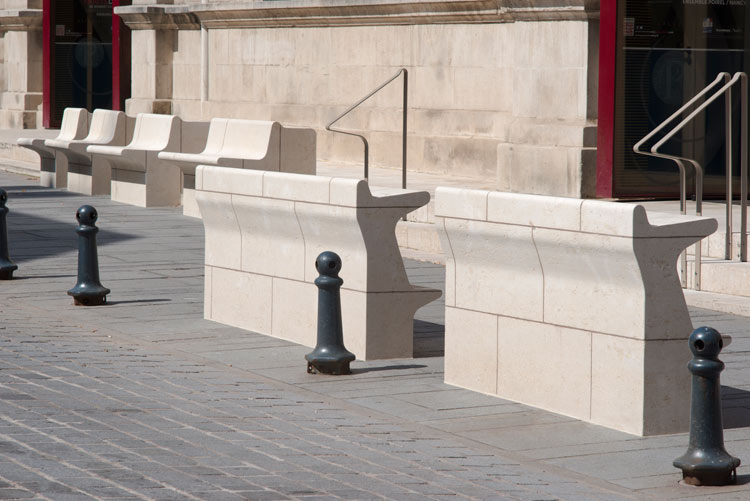 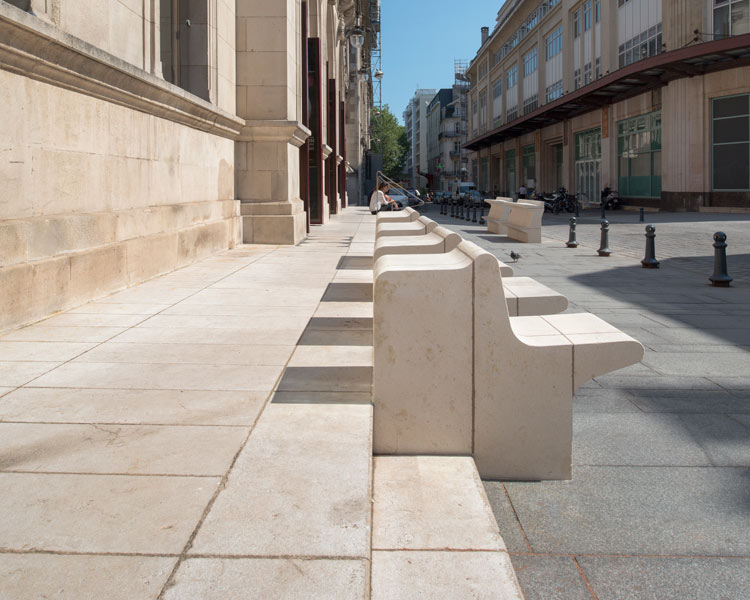 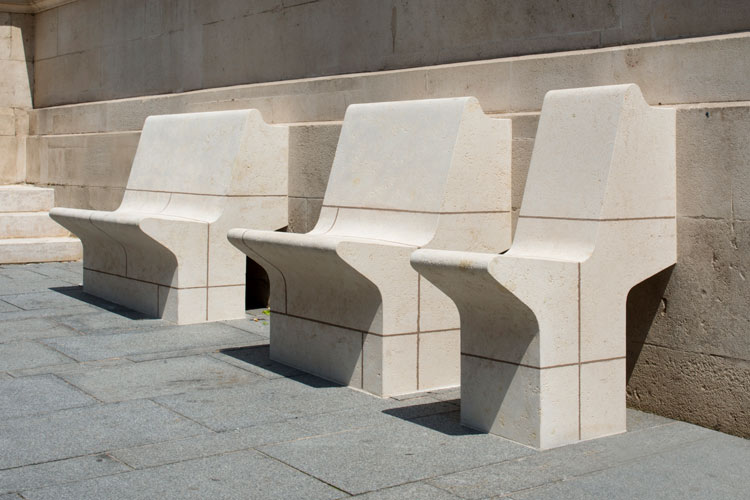 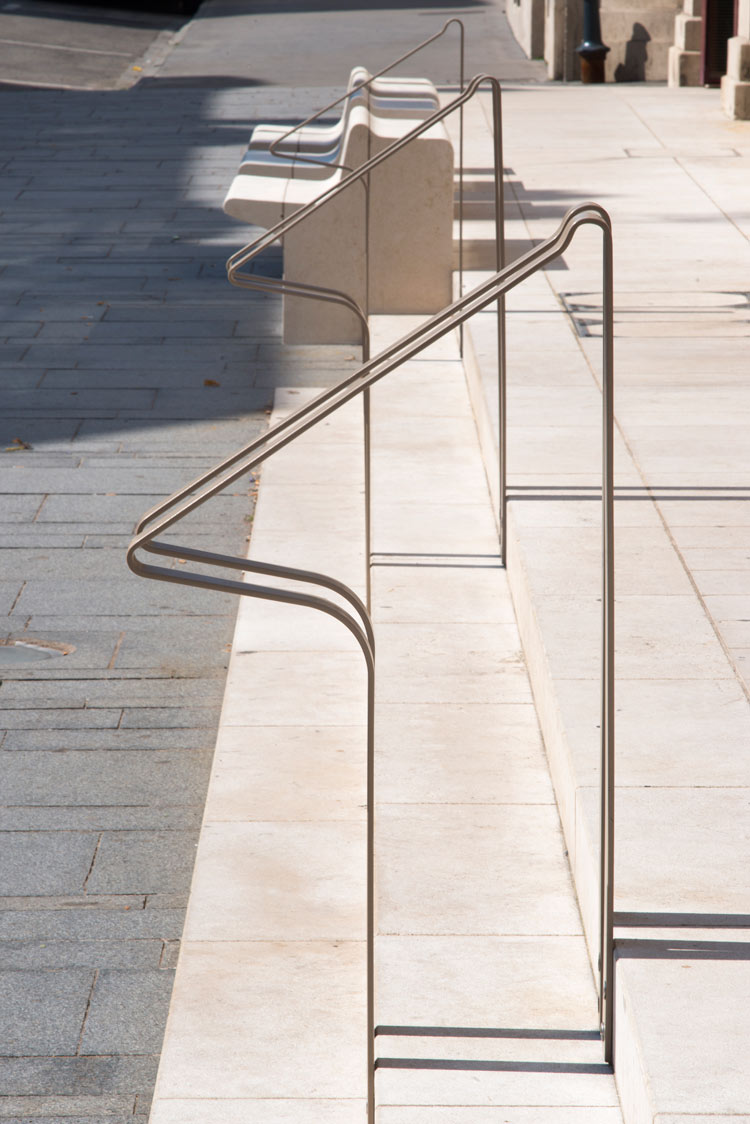 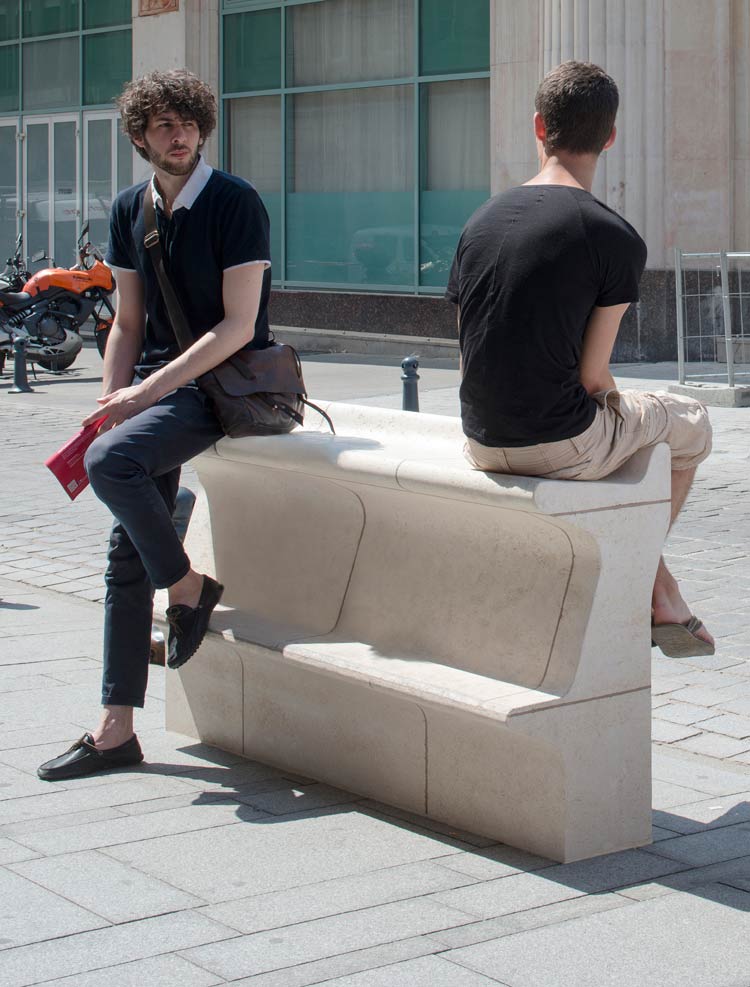 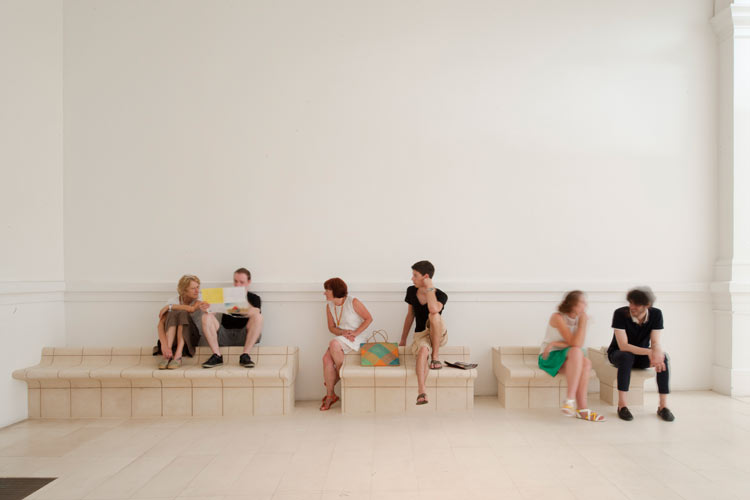 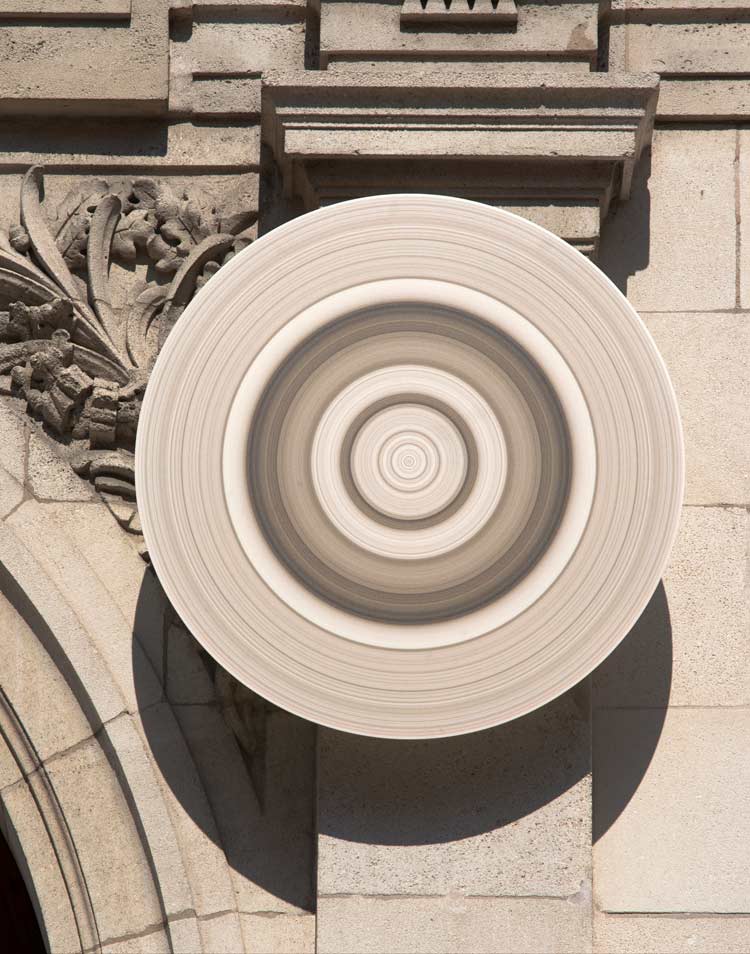